Joshua Baer – Qualifications as an Appraiser

Since 1985, Joshua Baer has performed more than two thousand appraisals of Navajo blankets and rugs. Baer has acted as a consultant to auction companies dealing in Navajo blankets, including Bonham’s of San Francisco, Christie’s of New York, Heritage Auctions of Dallas, and Sotheby’s of New York. Individual appraisal and consultation clients have included Tony Berlant, Donald Ellis, Steve and Laurene Jobs, Ralph Lauren, Arthur Levitt, Linda and Stanley Marcus, Hal Riney, Gerald Peters, Helen Schwab, Jack Silverman, Gaylord Torrence, Mark Winter, and other private collectors. Between 2003 and 2004, working on a pro-bono basis, Baer appraised all of the classic Navajo blankets in the collection of the Museum of Indian Arts and Culture (MIAC) in Santa Fe, New Mexico.

Joshua Baer has advertised appraisal and consultation services in American Indian Art Magazine, The Magazine Antiques, The Magazine, and online at westernpictures.net and navajoblanketappraisals.com. Baer has appraised Navajo blankets which were donated to the Navajo Cultural Museum in Window Rock, Arizona; the de Young Museum in San Francisco, California; the Center of Southwest Studies at Fort Lewis College in Durango, Colorado; El Rancho de las Golondrinas in Santa Fe, New Mexico; the Museum of Indian Arts and Culture in Santa Fe; the Wheelwright Museum in Santa Fe; the Museum of Fine Arts in Boston, Massachusetts; the Nelson-Atkins Museum in Kansas City, Missouri; and the Metropolitan Museum of Art in New York, New York. Baer has appraised works of antique Native American ceremonial art which were repatriated to the Acoma, Apache, Hopi, Jemez, and Navajo tribes.

In 1996, Joshua Baer testified as an expert witness in a court case involving commercial values of Navajo blankets (Burke vs. Harmon; Lincoln, Nebraska, June, 1996). Baer has appeared on CNBC (January, 1997), on NBC (January, 1997), and on CBS (October, 2000) as an authority on the market for Navajo blankets. On January 14, 1997, Baer was featured in USA Today as a prominent dealer in Navajo blankets. Between February, 2000, and February, 2001, Baer performed online appraisals as the Native American art specialist at auctionwatch.com.

In March of 2012, Baer appraised the Chantland First Phase Chief’s Blanket, Navajo, circa 1840, for $1,800,000. On June 19, 2012, the Chantland First Phase sold at Moran’s Auctions in Pasadena, California, for $1,800,000, buyer’s premium included—at the time, a record price for a Navajo chief’s blanket. In 2015, Baer appraised the Denman Ross First Phase for the Museum of Fine Arts, Boston. In May of 2016, Baer gave a lecture entitled Dahistło (“From the ground up,” in Navajo) to the Textile and Costume Society at the Museum of Fine Arts, Boston. 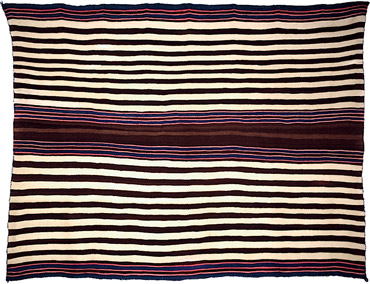 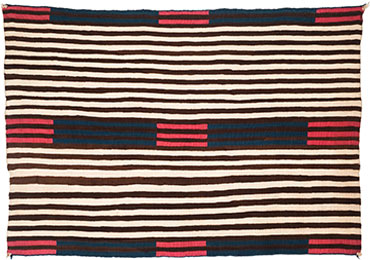 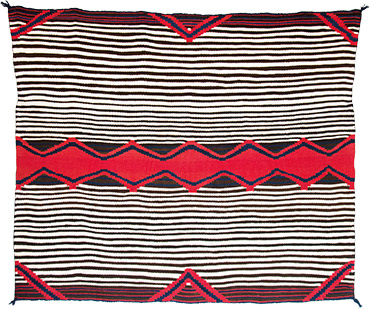 Joshua Baer charges $250 per hour for written appraisals. His minimum day rate for an on site appraisal is $500. Appraisals fees are calculated according to these hourly and daily rates. Appraisal fees are not based on the values of the works of art being appraised.

Joshua Baer is available for consultations regarding auction consignments, auction estimates and reserves, bidding at auction, long-term management of private or corporate collections, and the cleaning and restoration of Navajo blankets. Consultation fees are based on the nature of the consultation, the research involved, and the client’s ability to pay for the consultation. Pro-bono appraisals and consultations are available by request. 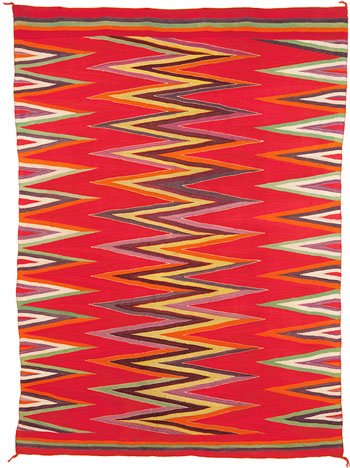